Bob White was just starting to settle in to a quiet night with his family at his Nottingham, England home last Friday when his cell phone dinged. And dinged again. And again.

The affable, 77-year-old retiree was enjoying a cup of coffee and was barely used to two alerts in one night. But now, his phone started blowing up incessantly and he had no idea why. “My daughter said to me, ‘What’s that noise?’ I went to pick up [my phone], and it was just going ping, ping, ping, ping, ping,” he says. “And all these Twitter things were just scrolling right up the screen. I got in touch with my colleagues and they said, ‘It’s just gone bananas.’ It just never stopped.”

As the Reddit-versus-Wall Street saga crossed over from Internet and finance circles to national cultural phenomenon last week, a few innocent organizations were caught in the crosshairs. As chairman of the “World Wide Robin Hood Society,” White leads a small Internet group dedicated to providing a “diverse information resource and a news and discussion outlet for … interested enthusiasts” in the folk legend who famously robbed from the rich and gave to the poor.

White and his team quickly became the target of those that mistook the society for the now-polarizing stock-trading app of a similar name that restricted users from buying GameStop stocks last week. Everyone from Alexandria Ocasio-Cortez to Ted Cruz to Elon Musk to Ja Rule joined Redditors in criticizing the move, claiming the app is acting more favorably toward Wall Street than individual investors. A class-action lawsuit was filed last week.

“The messages, when they first came, were angry or confused, but once we’d email back [about the misunderstanding], everybody’s been really, really nice about it,” White tells Rolling Stone. “We were quite lighthearted in the response and we’ve not gotten shirts about it or anything like that. We’re glad to help and want to make it right.”

Early last week, White’s biggest issue was maintaining his workload as the unofficial expert on all things Robin Hood alongside “eight or 10″ staff. He had reviewed a few books on the folklore hero, was emailing with a German television company about a new documentary and was “approached [by] a wildlife trust who wanted some illustrations of Lincoln Green clothing.” Prior to the controversy, the organization had sent the sporadic tweet to its 300 or so followers about Robin Hood and things to do in Nottingham (“RIP Sean,” the perpetually on-brand group wrote upon the death of Sean Connery. “He was really the first old Robin Hood.”) 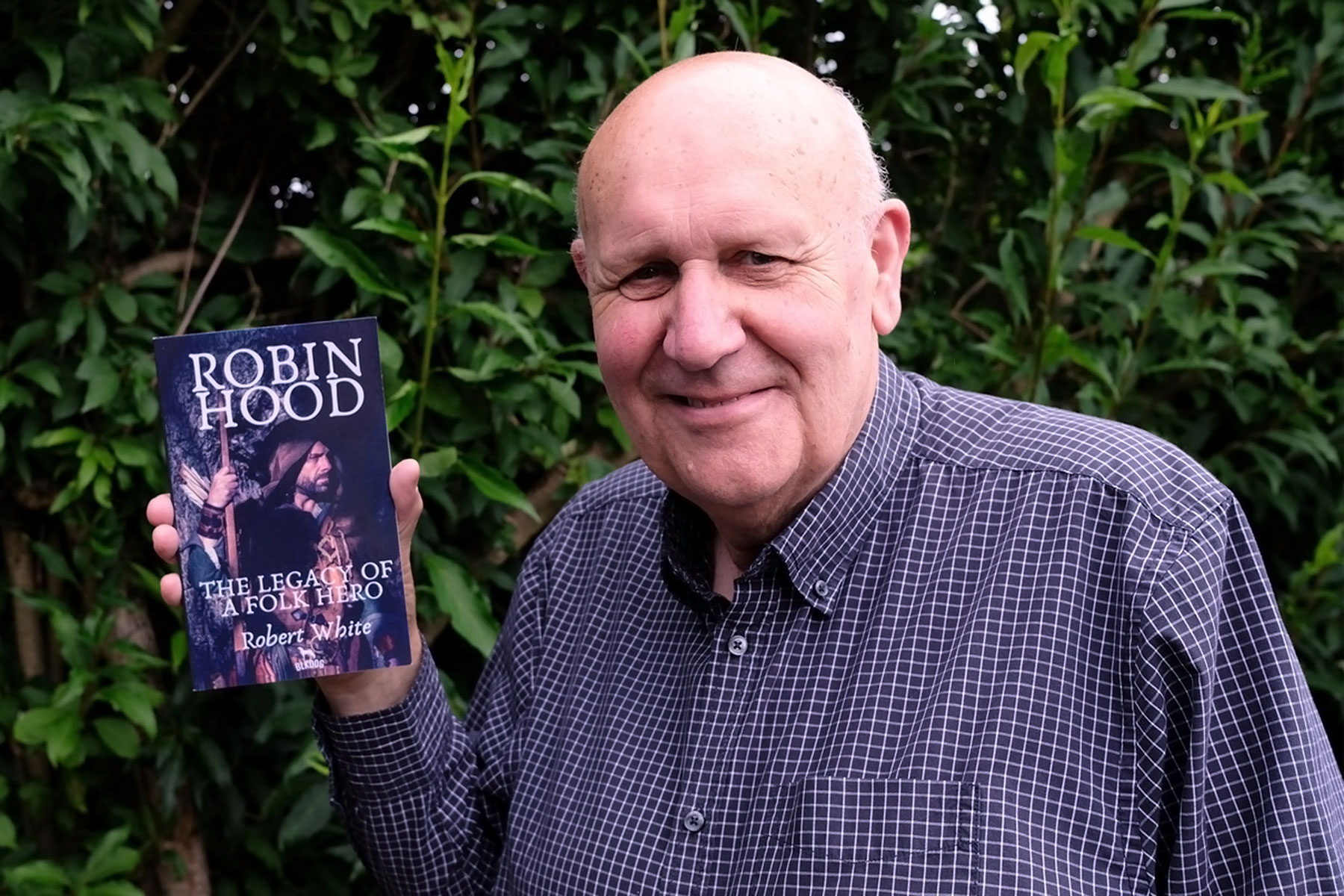 Bob White, chairman of the World Wide Robin Hood Society and not the CEO of the stock-trading app

That all changed by the end of the week, as an army of the confused descended upon a group that sells an assortment of felt string purses and children’s medieval tunics on their site. Now boasting 61,000 followers and counting, the organization tweeted last Thursday: “Lovely to have all these new followers … can we just check that you know that you’re following The World Wide Robin Hood Society in Nottingham and not the Robin Hood App .. if so .. a big welcome from Sherwood.” The next day, they added a drawing of a medieval torture device with the tweet: “To be clear, this is the closest we’ve come to selling stocks!”

“We didn’t want people to be sending wasted tweets,” White says. “So as quick as we could, we sent a standard tweet that said, ‘Sorry, you’re a bit confused.’ The nice thing for us — apart from the numbers going up — a lot of people have come back and said, ‘Oh, we went on this, but we didn’t know about this society.’ And since then, I’ve been replying to folks on all sorts of things. It’s just been wonderful for us.”

A group of marketing, public relations, and IT professionals formed the society in 1998 when businessman Mike Douglas approached White and bemoaned Nottingham’s reticence to hype up their most famous inhabitant. “When I joined the Nottingham city council, I suddenly became aware that people outside the area, and particularly abroad, were very interested in Robin Hood,” White says. He published a book on his obsession in 2019.

The former public relations worker for the city of Nottingham sounds decades younger than his 77 years (“If you talk about anything you’re interested in, you get an extra boost of adrenaline, don’t you?”) and is quick to crack a Robin Hood-themed joke. “Our offices are in Sherwood,” he says with a laugh mid-interview. “If you like, we got all the right connections.” Now, he’s happy to use the confusion to promote his city and the centuries-old hero that has fascinated him for decades.

“This is good publicity,” White admits. “At least it makes people realize that we exist. And of course, it does establish for us the fact that Robin Hood is still something that people still have an interest in, albeit maybe from their childhood. They still see him as an elusive sort of character that’s eternal, really. He’s still seen by people as a champion and a hero whose worthy principles might be adopted to challenge the changing times we face today.”

The Worldwide Robin Hood Society isn’t the only misunderstanding angry investors have had in recent weeks. Last week, New York-based anti-poverty charity Robin Hood was forced to tweet, “We are not affiliated with any for-profit businesses that use a similar name.” The charity’s communications director told NPR, though, that they’ve actually seen an increase in “small-dollar contributions.”

While White’s group has decided not to weigh in on the trading app of a similar name, he’s still figuring out the best path forward for his small cadre of enthusiasts. Prior to last week, they would only get “a couple of emails” intended for the trading app every few weeks. Now, says White, “We’re still recovering from the sheer size of the numbers and the responses that we’re getting.”

Michael C. Hall’s Dexter tries to blend in as a townie in the new trailer for Dexter: New Blood, set